What Does It Mean To Be A Hero? 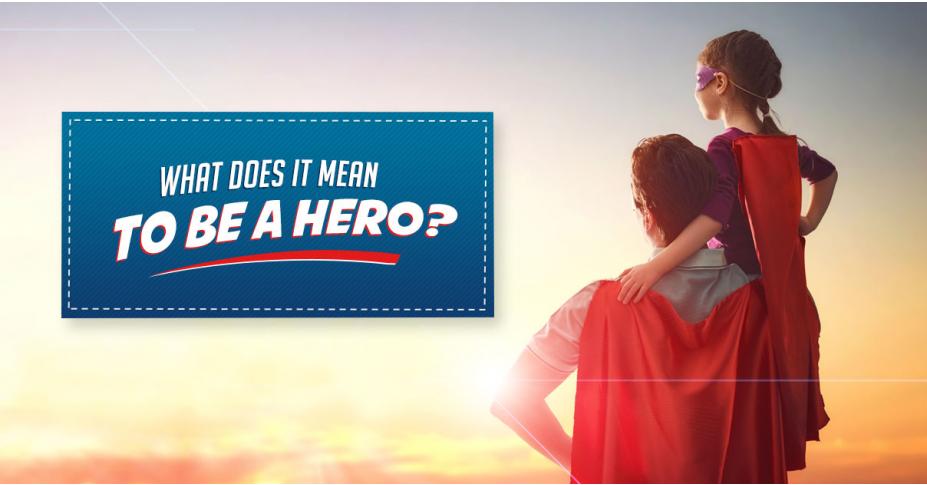 What Does It Mean To Be A Hero?

Some heroes wear capes and fight crime. Some heroes wear stethoscopes and bandage boo-boos, and still others shatter expectations and break barriers. Though their strengths and skills vary, all heroes share qualities that set them apart from the crowd. Here are a few examples of what makes a hero worthy of the title.

Heroes do everything they can to help those in need. Doc McStuffins takes care of broken toys that need a tune-up, whether it's a tightened screw, some emergency stuffing, or a new paint job. Doc listens to each patients' problems and then uses her gifts to make them feel better.

Heroes go above and beyond the call of duty without expecting anything in return.

Spider-Man could reveal his identity and gain instant wealth and fame, but he chooses to keep his real name a secret. He doesn't expect any kind of payment for his good deeds—he just wants to make the world a safer place for everyone.

Heroes look out for others, even if it means risking their own well-being in the process. When the Emperor's advisor ordered Mulan's injured father to serve in the army, Mulan took his place. She not only saved her father from certain death; she went on to save China from the Huns!

Heroes never give up.

Sometimes the odds are stacked against us, and we feel like quitting before we've started. Heroes meet challenges head on and keep fighting until the job is done. Captain America, Iron Man, and the rest of the Avengers know that it's important to push through the tough times because there's a victory waiting on the other side.

Heroes inspire others to be heroes, too!

There are so many amazing women, past and present, who encourage little girls to reach for their dreams, no matter how big. Sandra Day O'Connor was the first woman appointed to the Supreme Court. A true trailblazer, she paved the way for not one, not two, but THREE women to become justices on the Supreme Court today!

January 11, 2017
Categories
Recent Posts
All content and design copyright © Put Me In The Story 2021. All Rights Reserved.